By Rashtrakutas - February 13, 2020
India is an agricultural country. Nearly three-fourths of the population of India depends upon agriculture and allied occupations. Still from time to time India is faced with the food problem and scarcity of food grains. Of course at present the food situation in India is quite bright. Our Government has built surpluses in her godowns. But the future is always uncertain as far as availability of food is concerned. 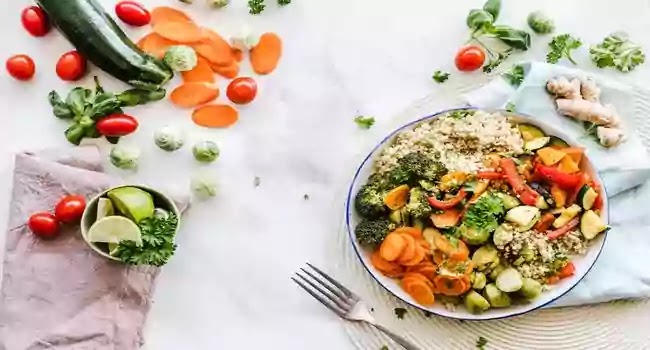 In reality this problem of food shortages is not only faced by India alone. Many other countries of the world in Asia, Africa and Latin America also suffer from the food problem. Every year millions of people in these countries die of starvation or due to mal-nutrition. A few years back some countries in Africa were facing the worst famine in their history. Similarly Bangladesh also suffered from this problem a few years back.

There are many causes of the food problem in India. First of all the provinces which were the granary of India before partițion went to Pakistan after independence. Secondly, the methods of cultivation in India are still very backward. The farmer is using the same old methods of cultivation which his ancestors were using centuries ago. His implements are also outdated and crude. The seeds which he is using are also not of improved quality. Again the farmer being a very poor person is unable to invest any money for the improvement of his fields. The net result of all this is that there is a less production of foodgrains in India as compared with the demand.

Another reason for the food problem is that Indian agriculture is a gamble in the monsoons. The main sources of irrigation in India is dependence upon the rains. But rains are very uncertain in India. If the rains are scanty, the agriculture suffers. Less rains cause famine and drought in our country. If the rains are in plenty, the food situation improves. Similarly if there are more rains then again the floods may havoc, and cause a lot of destruction resulting in famines.

Besides these factors, the hoarders and black marketers also cause artificial food shortagres by hoarding food grains. They purchase large quantities of food grains at the time of harvest at cheap rates. They hoard food grains to sell at black market rates during the time of scarcity or famine. Then a huge quantity of food is also destroyed by the pests like rats etc. It is estimated that only the rats destroy a large amount of food which is sufficient enough to meet our shortages. Again, it is a very sad fact that when millions of people starve in many parts of our country. some rich people waste a lot of food in throwing big parties and feasts.

It is, therefore, very essential that this problem of food must be solved by our government at the earliest, because food is a basic necessity of man and also of a nation. A nation which is suffering from food shortages can never progress and become strong. Our government must pay a serious attention to the development of agriculture in our country so that we become self-sufficient permanently. If we become self-sufficient in food then we will not depend upon other countries in times of need like famine, war etc.

For solving the food problem we must increase our production. This can be achieved by modernising the methods of cultivation in our country. The farmers should be granted easy loans to improve their lands. They should also be supplied better implements, better seeds and fertilizers at low rate so that they can increase the Besides these factors, the hoarders and blackmarketters also po po far agricultural production. The farmers should also be given a reasonable price for their product, so that they are encouraged to introduce improvements and increase the production of food grains.

Besides this, the government must curb the activities of hoarders and black marketers who create artificial famine conditions. These anti-social elements must be strongly dealt with. The government should also initiate a war against the pests like rats which destroy a large quantity of foodgains. Similarly the government must also curb the wastage of food at parties and feasts which are arranged at the time of marriages and festivals. In this way we can solve he food problem of India to a great extent.
Next article Next Post
Previous article Previous Post
‹ Newer Post Older Post › Home