By Rashtrakutas - February 13, 2020
India is a great country having extensive borders. Its coastline runs for about 2000 miles while its northern frontier stretches from Kashmir and rokes up to NEFA and Assam touching the borders of Burma and Bangladesh. 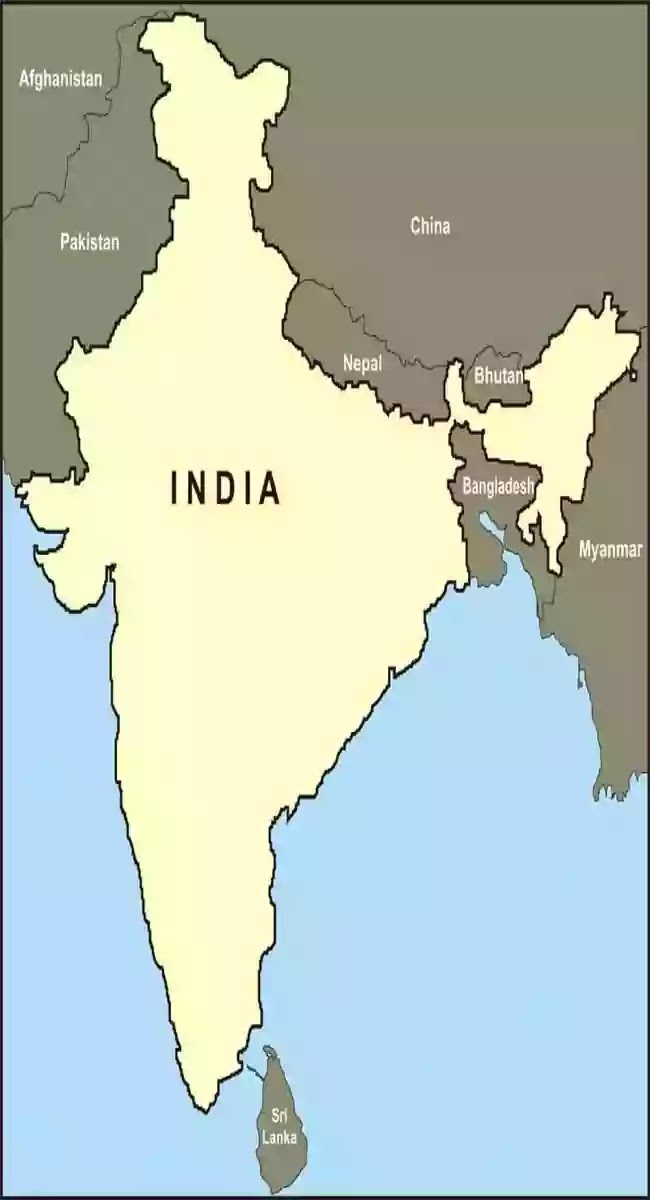 On the periphery of India lie mainy countries. In the north, Kashmir is surrounded by Afghanistan, Pakistan, Tibet and China. Ladakh is the tri-junction where the frontiers of these three countries kiss one another. Afghanistan is very friendly to India while other two countries always keep blowing hot and cold towards India.

Along the entire Himalayan range lie the Himalayan kingdoms of Bhutan. This Himalayan kingdom has its benevolent king. The customs and costumes, religions, moves and manners are quite akin to India. In fact, there are striking similarities between this tiny Himalayan princedom and India. With these touches the beautiful Himalayan kingdom of Nepal which is also governed by a benevolent king. Nepal is a country situated in the heart of the mighty Himalayas. Its capital is Kathmandu, Kathmandu is a lovely valley. India and Nepal are also good friends. Our friendship with Nepal is based more upon close cultural and historical contacts with India over and above our social, political and economic links.

The borders of India also touch the plateau of Tibet. This heavenly kingdom is now under the direct control of Communist China. As, there are bitter relations between India and China, so this heavenly abode does not have good relations with India.

Pakistan is the closest neighbour of India. This country came into existence when the entire country of India was partitioned in 1947. India has always tried her best to be friendly and cordial with Pakistan but the latter his always been indulging in such activities as are injurious to India. Moreover, in September 1965 and in December 1971 she launched an attack on India. The relations with Pakistan have never been friendly.

Another neighbour of India is Bangladesh, sandwiched between Assam and West Bengal. Bangladesh was born after much blood-shed on December 16, 1971. It proclaimed its Independence on 26th March, 1971 when General Yahya Khan let loose the military teror over the unarmed and innocent people of Bangladesh. But the military power of West Pakistan rulers received a deadly blow in December, 1971 War against India. In the mean time other anti-india persons have come in power. So they are carrying on campaign against India.

Burma is another neighbour of India whose borders touch Assam. Burma real name is Union of Myanmar. Since that time, bilateral relations between Burma and India have improved considerably, with drug trafficking, repression of democracy and tensions over the rule of the military junta in Myanmar. Sri Lanka is still another neighbour of India. It is an island which lies in the Indian Ocean about 70 miles from Cape Comorin. Occasionally tensions between India and Sri Lanka increased. Thus India has many neighbours around her. Some of them are quite friendly while others carry on a campaign of hate towards India.
Next article Next Post
Previous article Previous Post
‹ Newer Post Older Post › Home